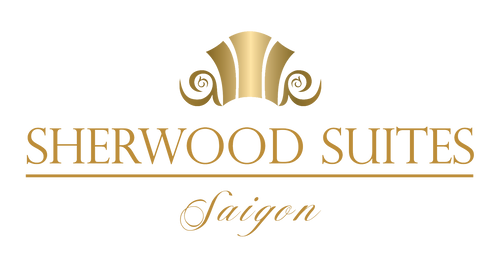 Top Things To See And Do In District 3, Ho Chi Minh City

Right at the heart of Ho Chi Minh City, District 3 is jam-packed with things to see and do. As one of the most developed districts in the city, District 3 has everything from office high-rises and modern swanky restaurants to historic religious sites and bustling marketplaces.

1. The Best Start To The Day – What better start to the day than coffee on the canal. The Nhieu Loc – Thi Nghe Canal, which flows through Districts 1, 3, Phu Nhuan and Tan Binh is an oasis in the middle of a cement jungle. There are hundreds of restaurants and cafes along the canal, both foreign and local, so your only conundrum will be choosing which one. Then sit and soak up the sites by the canal, as you sip the rich strong flavours of a traditional drip coffee with condensed milk.

2. Visit The Pagodas – Consisting of seven tiers, Xa Loi Pagoda is the colourful centre point of a beautifully manicured garden. Built in 1956, this Buddhist landmark is most famous for two aspects; namely, being the residence of Thich Quang Duc (the monk famed for burning himself to death as a form of protest against religious persecution), and the series of raids regarding the Buddhist’ protests. Xa Loi Pagoda is certainly worth a visit to see for yourself the significance of this place and its place in history. Vinh Nghiem Pagoda is the largest Mahayana pagoda in Ho Chi Minh City and one of the city's most beautiful tourist attractions. Fusing Japanese influence with traditional Vietnamese architecture, Vinh Nghiem Pagoda is a must-see.

3. Shoppers Paradise – Of the many District 3 attractions in Ho Chi Minh City, the shopping is often a favourite. Truly a shopping paradise, District 3 retains a love of boutique fashion and one-off collections – and all at a fraction of what you might pay for any of the European or Japanese brands. If you have a thing for shoes head over to Ly Chinh Thang Street - it’s dedicated to shoes, shoes, and more shoes. Nguyen Dinh Chieu Street is perfect if you’re hunting for handmade souvenirs, colourful scarfs and more. One of the most famous shopping streets in Saigon is Le Van Sy where you will find plenty in the way of fashion and accessory shops, beauty salons, restaurants, and markets.

4. A Trip Back in Time – A visit to the War Remnants Museum is unquestionably a humbling experience. Though over four decades have passed since the conflict ended, the pain in the images is still just as visceral as the day they were taken. If you’re a history buff this place is a must - there are guns, cameras, uniforms and even large hardware like an American Huey helicopter and a fighter jet on display.

5. Pretty in Pink - The famous ‘Pink Church’ Tan Dinh adorns the fascinating street of Hai Ba Trung, lined with fruit markets and fancy restaurants and boutique shops stretching all the way to the Saigon River downtown. Built in the late 19th century, during the French colonial years, the ‘Pink Church’ is one of the second largest in the city, second only to the Notre Dame Cathedral in District 1.

6. Turtle Lake – Perhaps the word lake is a little generous for this famous Saigonese landmark... That said, it is not the 'lake' (or pond) as such that is the attraction, it is the space itself. In central Ho Chi Minh City, public spaces are at a premium, so for those without the means to afford eating out at a restaurant, Turtle Lake provides a place to sit and enjoy cheap street food. Visit by night and you'll discover it's a very popular spot for young people to park their motorbikes and socialise. It's dating Vietnamese style.

7. The Women Of Vietnam – It is not unusual, in Vietnam society for women to run the show, and at the South-Vietnamese Women Museum, you can see for yourself the role women have played in shaping Vietnam. Women have continually been playing an integral role in all facets of this country's rich history -  from the Trung sisters and their fight against Chinese rule two millennia ago to the women of today who are leading the companies forging the economic future of Vietnam. Explore displays on ethnic dress, jewellery and the diverse roles women played during the wars.